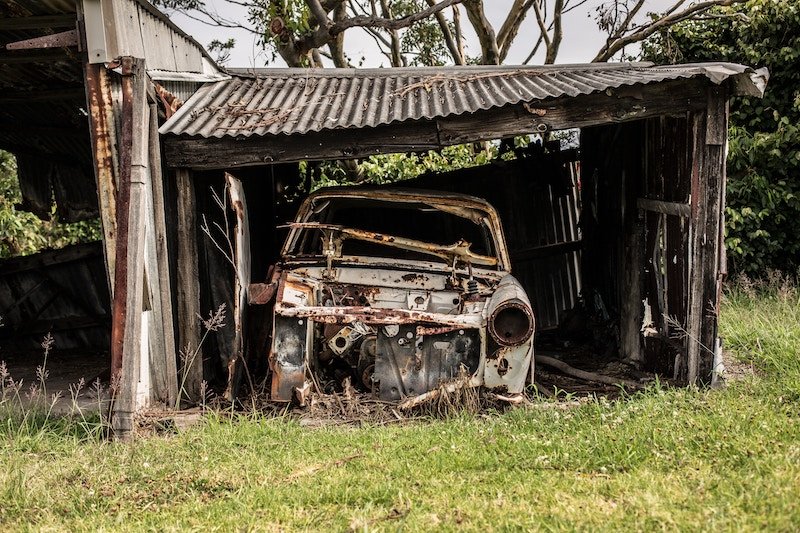 Writer-director Alex Garland’s Annihilation (2018), a loose adaptation of the first book in Jeff Vandermeer’s Southern Reach trilogy, joins the vein of cerebral, sometimes psychedelic sci-fi films like 2001: A Space Odyssey (Kubrick, 1968) and Close Encounters of the Third Kind (Spielberg, 1977). In an interview hosted by Google, Garland says that he chose to adapt and expand upon the themes and ideas in the novel rather than faithfully adapt the story. As such, Annihilation is more like visual poetry than conventional narrative — an intense sensory experience that asks the viewer to question the nature of self-destruction, death, and the process of healing from trauma.

The movie’s protagonist is Lena (Natalie Portman), a professor of cellular biology who formerly served in the military, now specializing in the growth of cancer cells. Her husband Kane (Oscar Isaac), who is still in the military, appears at their house after being away on a highly secretive mission without any form of contact. Acting strangely passive, he tells Lena that he does not feel well – then he goes into a seizure. On the way to the hospital they are intercepted and taken to a secret government facility called the Southern Reach. Led by Dr. Ventress (Jennifer Jason Leigh), the purpose of the facility is to monitor a strange, ever-expanding iridescent membrane that is altering the appearance and genetic makeup of its surroundings. Lena wants to know what happened to her husband and demands to know more about what this phenomenon is, only referred to as “The Shimmer” or Area X. Dr. Ventress tells her they have “many theories, few facts.”

THEMES OF SELF-DESTRUCTION AND TRANSFORMATION

After learning that her husband had entered the Shimmer with a team of soldiers, Lena is suddenly motivated to join a team of four other women who are about to go on one last expedition to discover the nature of this seemingly unstoppable force. Before long, we learn that each of these women have some kind of painful history that they carry with them: self-harm, loss of a loved one, alcoholism, disease. These traumas all support one of the film’s themes:  that human beings are self-destructive in both our habits and behaviour, as well as our genetics.

This is where things begin to get increasingly weird, unnerving, and difficult to explain. The story delves into the nature not only of the genetic mutation of the environment that is occurring in the Shimmer, but anomalies such as the dilation and distortion of time, the apparent duality of horror and beauty in the transformations that it is causing, and the unsettling changes that happen to the people that enter it. Death, or at least some kind of transformation, unknown and imperceptible at first, is always present. The deeper in the team goes, the more surreal and disturbing it gets. There are no jump scares, but the discoveries are psychologically quite terrifying. It is rare to find a movie that can achieve this without resorting to conventional horror tropes. Each of the characters build their theories about what they are seeing, but by the end of the movie, it is no easier to come up with a simple explanation of what the Shimmer is. The more they discover, the more disturbing it becomes.

In conversation with Ventress about the Shimmer’s nature, Lena says that, “it’s not destroying anything… it’s making something new.” Lena doesn’t know what is happening, but in her scientist mind she knows that biologically, everything that is happening is more like a genetic mix-up of what already exists than true destruction. She believes the Shimmer is transforming the known and familiar world into something unfamiliar, making a new world out of the old one. A world that is both terrifying and beautiful. Everything that is happening in the Shimmer is disturbing and difficult to comprehend, but also captivating, pulling you deeper into its mystery without fully giving itself away.

AFTER ALL THAT, WHAT IS “ANNIHILATION” ABOUT?

It is very hard to come up with a definitive statement about what exactly happened in this movie, and that is likely the point. The film revels in the mysteries of its final scenes, reflecting what may be the defining spirit of this generation’s hard sci-fi movies. It explores existential themes of human nature, death, regret, and the search for meaning. The language in Lena’s response evokes the idea of a new creation, or a kind of death and rebirth. However, with the Shimmer there is no solace in this notion — only an ever-deepening descent into the mystery of its nature.  Whatever survives it gets transformed into “something new.” If this transformation doesn’t destroy us, it will irrevocably change us, and that is a deeply unsettling truth to face up to. The idea of ‘annihilation’ is the annihilation of a former self; it is the death of who we were and the birth of something, or someone else. In the end, the seemingly unstoppable force of our self-destructive tendencies may create some new version of ourselves. It is an intractable process that we have no choice but to go headlong through.