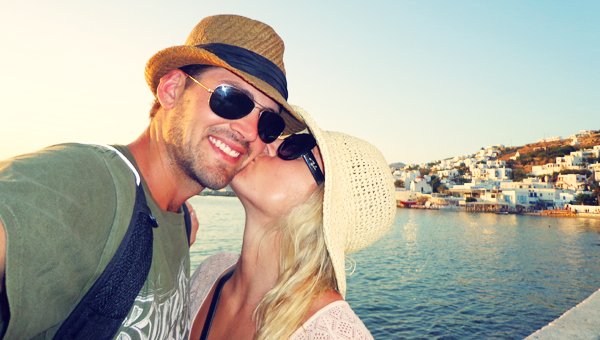 I was the kind of girl who crushed on boys for long periods of time. I remember sitting on the steps of our schoolyard during recess with my friends, drawing pictures of wedding dresses in every possible style we could imagine.

My friends and I didn’t think about the wedding day, the marriage, or the potential of having children. Instead, we imagined opening our own wedding dress shops, studying fashion at popular arts schools, and becoming incredibly successful. We didn’t dream of becoming wives, mothers and stay-at-homes; we dreamt of success and artistic freedom. Marriage was the subplot, something we knew would be a part of the story.

But it wasn’t the only story.

Scott and I met in my final year of high school. We were an unlikely match: he was a year younger than I was, making it impossible for anyone to take our relationship seriously. (Girls didn’t date younger guys in high school. It was just unheard of.) We met and started dating around Christmas, giving us about six months before I started to think about packing my bags for university.

This was a difficult time for both of us; I was stressed about going to the right school, and he was staying behind to finish his last year of high school. In hindsight, it’s remarkable how he offered such selfless support, encouragement and respect for my choices at such a young age.

While away at school, I had plenty of time to develop into my own person and form my own views. Scott and I did have to endure a long distance relationship during my first and fourth year of school, but looking back, this was the time we needed to become the people we are today. During those few years away at school I always had marriage in the back of my mind. Scott was someone I wanted to be a part of my life. But neither one of us would have guessed we would take such a traditional route.

Those years away at school changed my perspective on so many things, marriage being one of them. The white dress and beautiful reception had always appealed to me, but some of the concepts and ideologies associated with a traditional marriage scared and discouraged me from believing wholeheartedly in the convention.

One of the main deterring factors for me was the battle between reaching career and other life goals and starting a traditional family. During so many stages of my life, especially while I was away at school, I’ve struggled with this idea. While in school, I viewed marriage as the end — a time when pursuit would be over and what lay ahead could only be boring, scary, and who knows what else. I associated marriage with dependency and defeat. It never really occurred to me that you could be in a marriage (which in essence would be an extension of the relationship I had been in for so long) and still live out your dreams.

I felt conflicted about this for years. I knew marriage was something I wanted, especially because I was so sure of the person I wanted to be with. But the negative conventional view of marriage I had developed over the years, where love faded into tolerance quicker than I could recite vows, had clouded my vision of this age old promise.

While my time at university made me wary of what marriage could mean, it also brought about the realization that Scott was “the one.” If he wasn’t the one I would marry, he was someone I knew I couldn’t be without. I don’t think we ever have those light bulb moments where we all of a sudden realize he or she is the one. Instead, I think there are a series of realizations that add up over time, making it utterly impossible for that person not to be “the one.”

That’s our story anyways. The moments began to add up, like when he came to visit me on crutches after an injury, or when he comforted me after a spat with my roommates. I think marriage, like those “he’s-the-one moments,” isn’t, can’t be an end result. It’s not like the final scene in a chick flick, or the perfect ending to a childhood folk tale. It really is a new beginning. It’s a series of events that add up and shape who we are, together and apart.

Vanessa Falsetti is an avid shopper and writer who teaches high school English
and dance. She lives with her Husband Scott and their cheeky canine companion
Charlie in Toronto. Follow her as she searches to find the “It” in life.