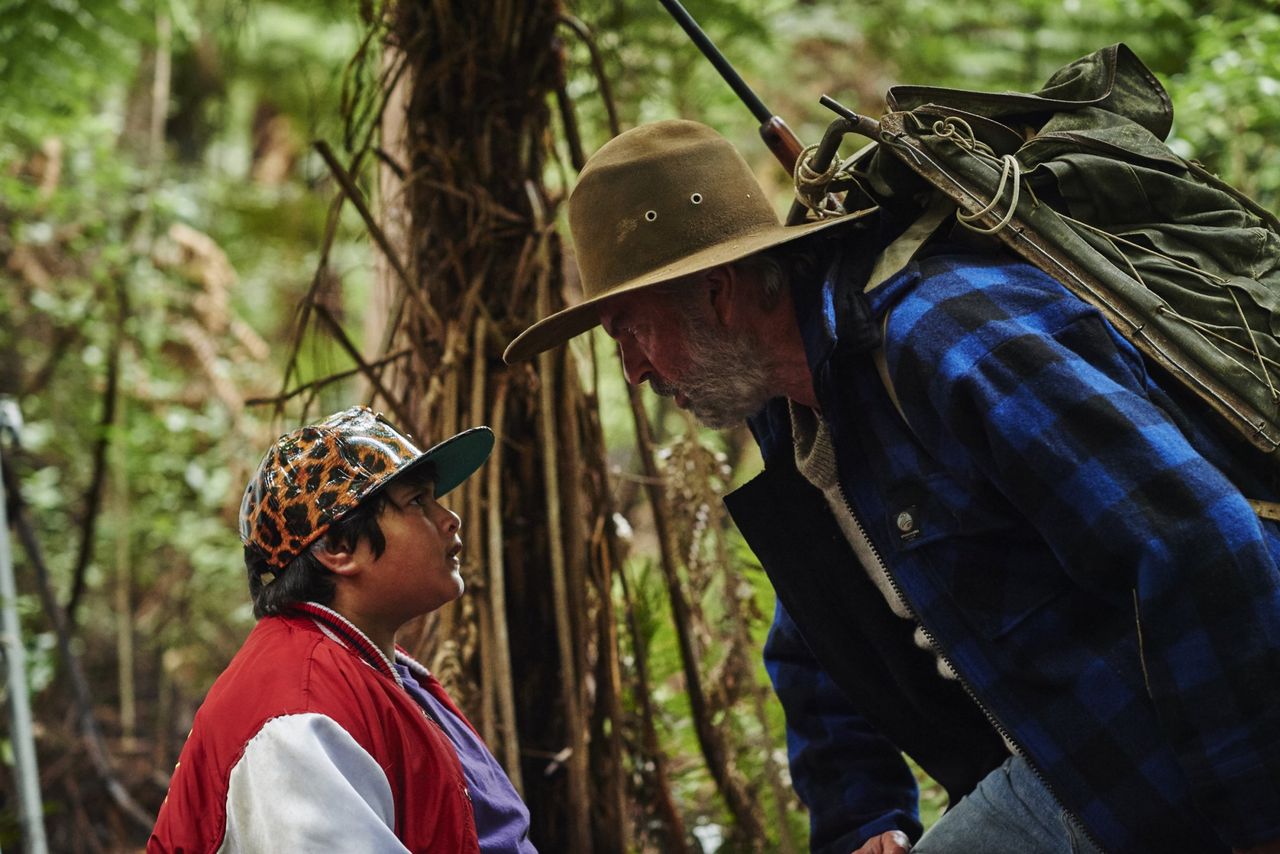 A Film Review of Hunt for the Wilderpeople

If you wanted to make a movie that was part Home Alone and part Indiana Jones: The Last Cruisade with a teaspoon of City Slickers and a dash of Lord of the Rings, you’d find yourself filming Hunt for the Wilderpeople. I first screened the Kiwi wisecrack-epic at Sundance Film Festival 2016 where it premiered. It quickly became New Zealand’s number one film of all time. Shortly after its North American release, June 24, the film proved to be a sensation outside New Zealand as well with U.S. viewers and critics awarding Hunt for the Wilderpeople a 100% rating on Rotten Tomatoes and the Academy inviting writer/director Taika Waititi’s into its hallowed ranks.

Waititi brings to life Barry Crump’s novel Wild Pork and Watercress with broad sweeping aerials of the New Zealand bush, a score that roams from native chants to Tupac, and a crash course on Kiwi slang, including words like skux, wop-wops, and chur:

The film follows the adventures of Ricky Baker, a misfit and foster kid, who shows up at the home of Bella and Hec for his last chance at family life before landing in an orphanage. Ricky’s dream of gangster-fame doesn’t exactly fit with Bella and Hec’s quiet, isolated life in the New Zealand bush. Ricky wants to run away and Hec would be happier if he did, but Bella hopes to unite them all as one family.

Soon enough Hec, a.k.a. Dr. Allen Grant gone bush-man, and Ricky find themselves on the adventure of a lifetime. A national manhunt is warranted for their arrest, but the unlikely pair take their lives into their own hands, braving wild predators, boars, and bounty hunters. As they traipse through the mountains stealing goods from abandoned cabins, the conflicting interests which separated Hec and Ricky at the outset of their relationship slowly disintegrates. Their underlying quest for belonging, consolation, and friendship emerges during their several month stretch of bush-land hideout.

Waititi’s fantastic storytelling unites viewers of all ages, guiding them through the twists and turns of loss and adventure, longing and laughter. This comedy delivers spot-on timing while also taking seriously the human struggles that afflict us here on planet Earth.

Hunt for the Wilderpeople calls up our own desire for belonging and our fears of abandonment and loneliness. Ricky and Hec’s story points us toward each other in a way that defies generational gaps and geographic distinctions. Hunt for the Wilderpeople beckons us to realize our own struggles while simultaneously unleashing a wild and splendid hope.

loves weight lifting, reading dead philosophers, and, at the moment, painting Mother Theresa. She’s a bit pretentious when it comes to her coffee, beans must be crushed not sliced, and hopes someday to run an art gallery. She’d also be happy if this was the last bio she ever had to write. In fact, she didn’t even write this one, her friends did.