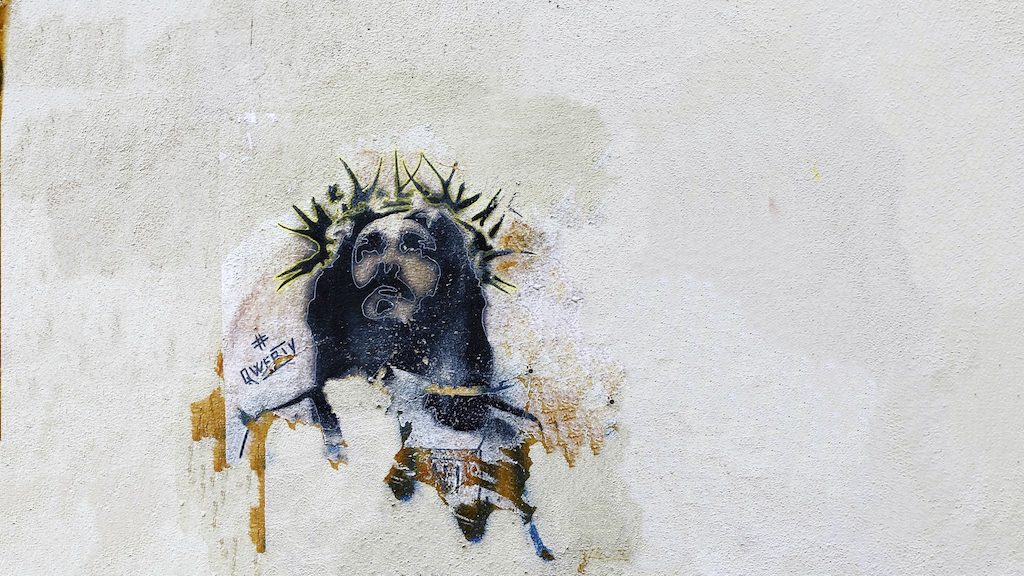 Earlier this week NBC’s Easter Sunday rendition of Jesus Christ Superstar (staring John Legend as Jesus) won the primetime Emmy Award for Outstanding Live Variety Special. The award has caused me to reflect on the triumphs and pitfalls of previous JCS productions.

To give you some background, the televised Rock Opera “Jesus Christ Superstar” written by Andrew Lloyd Webber with lyrics by Tim Rice has had many different iterations over the years, originally being released as a double LP in 1970, then as a musical on the West End of London. In 1973 it became a moderate success in it’s film adaptation. More recently there was a 2012 Canadian production of the play at the Stratford Festival which later got taken to Broadway as well as a 2013 UK Arena Tour version which ended up touring worldwide.

The play is truly a Rock Opera in that there is no dialogue and the music and lyrics advance the story. The opening number following the overture has Judas singing meditatively “My mind is clearer now” forecasting the events of the unfolding story of the Gospel and meditating on this enigmatic figure, Jesus. He speaks of “strip[ping] away the myth from the man” a glimpse of what is in store for us for the next hour and a half.

The 1973 version is set at the height of the Jesus People movement, reflected by the characters arriving on an old decked-out school bus putting on the costumes of the characters they will inhabit for the duration of the film. In a frustrating, though not unexpected at this time, turn of events Jesus was played by a white man and Judas by a black man. The characters are played in a quite archetypical Jesus-movie manner as well with Christ being portrayed as meek and mild and Judas as filled with angst and frustration. Though historical accuracy was not the main aim of this adaptation, it is unfortunate to see Christ portrayed as a white male and Judas portrayed both as a sinister character and a black man.

The 2013 Arena Tour version avoided the above issues by placing the show in a Rock-show context with notable Atheist Tim Minchin as Judas. This allowed Minchin to really own the skepticism present in the lyrics sung by Judas vindicating him as more of a hero than a villain which of course came with its own problems. Minchin, in an interview, noted the intentional choice of the director to vindicate Judas but to portray Jesus as “kind of annoying”[1]

In the 2012 Stratford-turned-Broadway production the cast are quite well matched to each other in terms of giving each character a fair trial. In this production the deep friendship and trials encountered by the 3 leads Jesus, Mary Magdalene, and Judas are shared equally and each character is given a fair shot at making their case being treated with empathy and compassion. Unfortunately the entire cast is far too white in this version, reflecting not only historical inaccuracy (which is not the point of JCS) but a real lack of imagination especially for 2012. If there is a reason for this iteration’s short run time on Broadway, it is probably this.

The problematic portrayal of Mary Magdalene

One of the most controversial scenes in the 1973 for their time was the implicated love-affair between Jesus and Mary Magdalene. It is first seen during the song “What’s the Buzz” which portrays Mary Magdalene calming and cooling Christ’s forehead with a cloth. The public fear was that perhaps that scene is portrayed more sensually than it was in scripture, though the film portrayal is yet very tame. Later Mary’s song “I Don’t Know How to Love Him” involves the former prostitute confesses her romantic love and fears of him, consoling herself with the line “He’s a man/he’s just a man” which also inevitably raises some eyebrows.

The 2013 version of “I Don’t Know How To Love Him” was a powerful, culturally resonant moment as Mary was played by former Spice Girl, Melanie C, wiping off her thick makeup at this point in the film and by her body and singing voice seems to be grappling with a deep encounter with Jesus that is changing her. The incident with the perfume in this version, however, was almost ridiculous in its sexual implications and really undoes any wink that could be made to Christ’s divinity.

The portrayal of Jesus is still problematic, but not wholly irreverent

One of the best moments in the musical is the song titled “Gethsemane.” Though the lyrics expand the short text into roughly 7 minutes, making room for controversy and speculation (the lines “Then I was inspired/now I’m sad and tired” and “Kill me, take me now/before I change my mind” are particularly suspect), the heart and wrestling of Christ’s human nature, if done well, can really be revealed in this powerful monologue. In the 2012 version it is absolutely astounding to watch Christ pour his heart and soul out in a heart-wrenching and vulnerable way before God, eventually submitting to his will in clear love and peace. The lines “Why am I so scared to finish what I started/What you started – I didn’t start it” are marked with such reverence and fear of God that is inspiring. In the 2013 version, this part of the monologue veers into downright dismissive and sacrilegious territory revealing a culture so far removed from true knowledge of Christ as his relationship with the Father is portrayed in John that the above line is defined not by fear of the Lord and submission, but bitterness, revealing a picture of Christ going to the cross not willingly but filled with resentment and rage.

The penultimate scene in all three versions of JCS mentioned here is defined by much controversy as it contains chorus girls dressed as angels dancing around the cross as Judas voices his skepticism from somewhere beyond the grave. The 2013 version is most notable for its controversy here. A deep sense of darkness fills the room as Judas is seen making hip thrusts around a dying Christ.

People can still hear the gospel from Jesus Christ Superstar

The 1973 version played it far too safely and stereotypically, the 2012 version is right on the money in my opinion — with a deeply sobering ending and even a wink at a potential resurrection. The 2013 version pulled out all the stops to send it up and make a mockery of the whole thing.

But even, perhaps especially, in the 2013 version the mystery of the Gospel in culture is revealed. Here we get to witness afresh God allowing his most loving act of self-giving be spat upon, despised, and rejected by sinful people because of his great love for us.