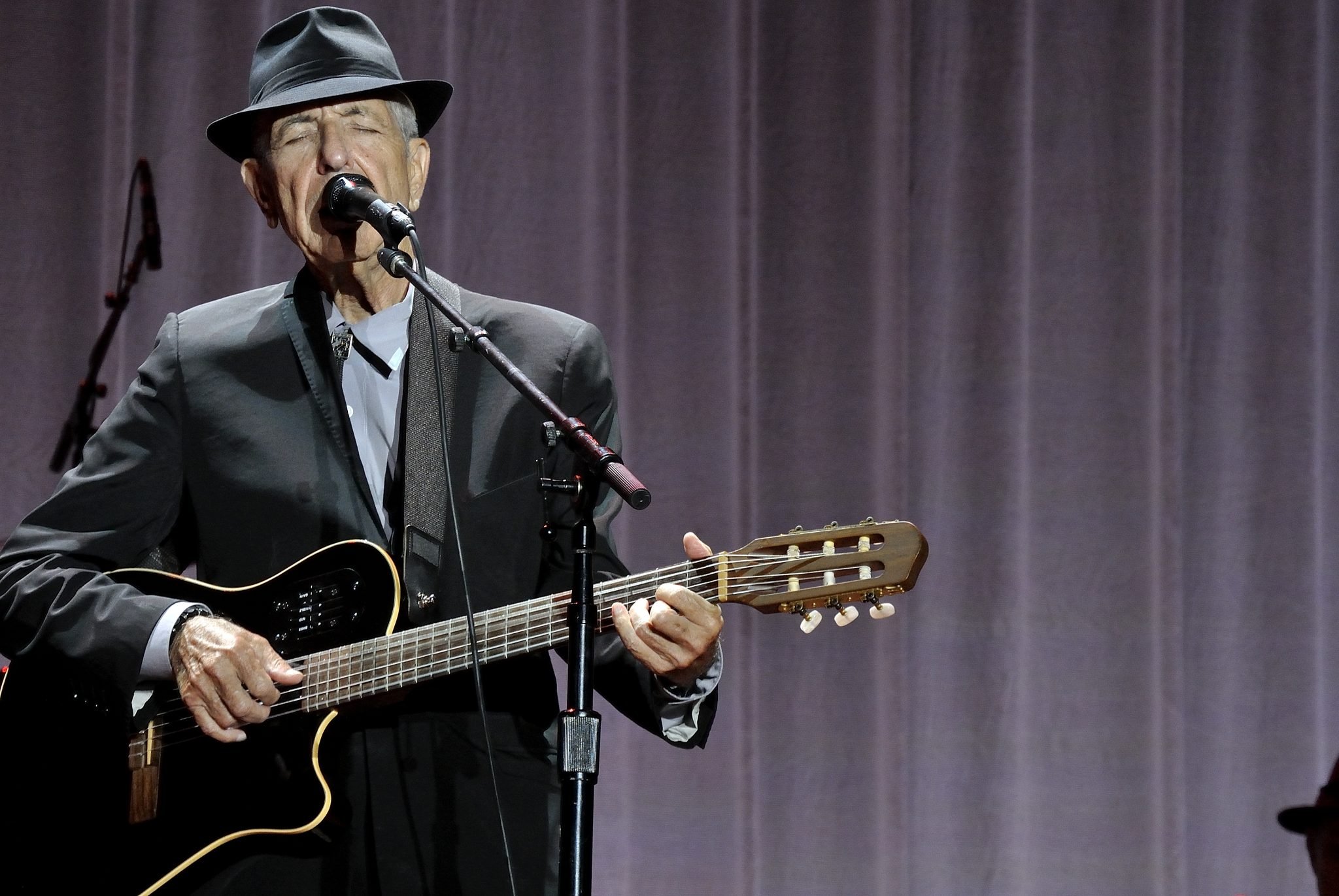 “Blessed is the name, the name be blessed, written on my heart in burning letters. That’s all I know, I do not know the rest.”

This may sound like a couple of lines from a poetic praise band, but instead this gem comes from 80-year-old folk poet Leonard Cohen. The legendary Canadian singer/songwriter has released just 13 albums in his 47-year career, but he has made a tremendous impact with each one.

His latest two albums, Old Ideas and Popular Problems, are not only among his best, they’re also among the most spiritually profound.

Cohen himself is an observant Jew who also practices some aspects of Zen Buddhism. Even so, throughout his entire career, Cohen has shown interest in the message of Christ and has infused gospel music elements in increasing bunches.

Since his very first song, “Suzanne,” Cohen has shown an understanding of the healing power of Christ to mankind. “Jesus was a sailor when he walked upon the water. And he spent a long time watching from his lonely wooden tower. And when he knew for certain only drowning men could see him. He said ‘All men will be sailors then until the sea shall free them.’”

Cohen has even shown a fondness for Christ in his interviews. When asked about the Christian imagery in his lyrics, Cohen replied, “I love Christ. I see Christianity as the world historic mission of certain ideas that the Jews developed. Christianity is a mighty movement, and that is the way those ideas penetrated the world. Christianity is the missionary arm of Judaism. As Maimonides said, ‘We’re all working for the world to come.’”

Cohen’s understanding of daily grace and God’s rescuing powers in times of need are deeply profound. On “Take This Longing” off of Cohen’s 1974 New Skin for the Old Ceremony, Cohen is shown reaching out to God for relief. “Just take this longing from my tongue all the lonely things my hands have done. Let me see your beauty broken down like you would do for one your love.”

Then of course there is “Hallelujah,” which has been redone by both Christian and secular artists alike, and included in countless TV shows and movies. While the best-known version of “Hallelujah” is Jeff Buckley’s hauntingly beautiful rendition, the meaning and message of the song is quintessential Cohen. “Hallelujah” was penned in 1983 at a low point of his career, where the label executives at Columbia didn’t even want to release Various Positions, the album “Hallelujah” was on.

In “Hallelujah,” Cohen mixes imagery from the stories of David and Samson with personal anecdotes that centres around the moment in life where things seem most broken and hopeless. It’s a song about, as Paul says in 1 Thessalonians, how we should “give thanks in all circumstances, for this is God’s will for you in Christ Jesus.”

On Old Ideas and Popular Problems, Cohen has taken down the harp and other pretty elements of his music and ratcheted up the gospel elements with Hammond organ and a gospel choir. Where his early work speaks to God’s gracious and poetic love, his last two albums have focused on Cohen’s mortality, the world’s brokenness, and looking forward to the life to come with humour and hope.

The beginning of 2012’s Old Ideas finds Cohen longing for heaven on “Going Home” with a good-natured wink but also a tremendous amount of sincerity. “Going home without my sorrow. Going home sometime tomorrow. Going home to where it’s better than before.”

“Amen” looks at the day when God will wipe away every tear and “when the filth of the butcher is washed in the blood of the lamb.”

“Show Me The Place” finds Cohen looking to God for direction and a way home, all shrouded in gospel imagery. “Come Healing” asks God to come calling in our brokenness with the singing of angelic female backing vocals.

Cohen’s latest, Popular Problems, focuses less on the life to come and more on his last days. “Almost Like the Blues” looks at our suffering here on earth, and points at the futility of the skeptic that gives up because of it. “’There is no God in Heaven, and there is no Hell below.’ So says the great professor of all there is to know. But I’ve had the invitation that a sinner can’t refuse. And it’s almost like salvation. It’s almost like the blues.”

“Samson in New Orleans” is a reworking of the biblical tale through life in New Orleans post-Katrina, and examines the heartbreak and range of emotions the region has gone through.

“Born In Chains” tells a liberation story through the Exodus story meant as a psalm to the Lord above. Cohen sees the ugliness, the violence, the heartache of the world around him, but still praises the Lord. It’s the same faith beyond understanding that Job showed, and it’s so rarely seen in our self-centred world. “Born In Chains” is even the sort of hymn you could actually see replicated in churches.

“You Got Me Singing” caps off Popular Problems with yet another praise song, a rustic and jubilant song in the spirit of “I’ll Fly Away.” It’s a joyous sound for the always-reverent Cohen, someone for whom Christians can learn much from.

While we may not share the same conclusions, Cohen’s music and his unwavering faith and reverence can help us understand God and His grace.

writes on music and faith from Chicagoland, and you can follow him on Twitter or at his music blog, Little by Listen.