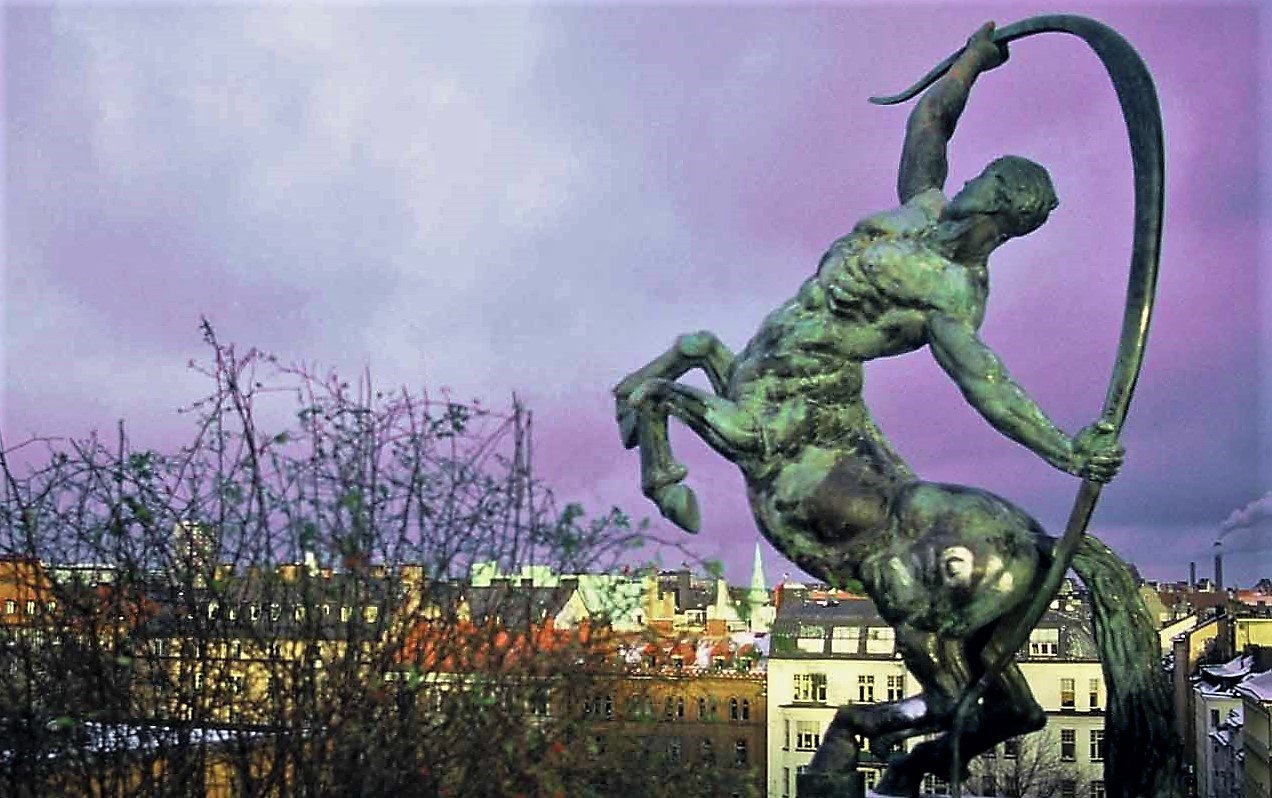 “Order” is not a word that we relish all too much. It comes with images of armies marching all apace, of monotony and rigidity, like a cultural straight coat. Order seems to ruin all the fun, sticking us in the same old place, doing the same old things, the same old way we’ve always done them. We prefer the chaos – or, we may say, the ‘freedom’ – of spontaneity and diversity, of waking up each morning to a new adventure, of seeing new sights, traveling to new places, trying new things.

Perhaps a bit contrary to this, I picked up Madeleine L’Engle’s A Wrinkle in Time this past week – an old favourite of mine. She’s one who I’m constantly drawn back to – every so often I just get this craving to re-read her classic series.

I’d always been enamored with L’Engle’s playful depiction of Quantum Theory’s quarks as unicorns as angels, as physics being the stuff proper to mythology, being in turn the stuff of theology, and vice versa. I’ve always loved how she does for our generation what C.S. Lewis did for his: re-enchant a universe hardened, emptied and mechanized by scientism – re-enchanting our universe, with all its quarks and light years and eons of evolution.

However, something different stuck out to me in this reading. As a learned and devout Anglican, L’Engle was heavily influenced by Saints Gregory of Nyssa and Thomas Aquinas, especially their metaphysic. Now there’s another word we’re not too fond of, but L’Engle insists that any universe guided by physics without metaphysics is doomed to disenchantment.

This metaphysic of L’Engle’s is complex and universal. Because of this, I intend to write out several articles as I read through the series, looking at the many ways L’Engle gives us a picture of our world that we’re not used to. It’s a picture that’s deeper: there’s a “meta-” to the merely physical world we think we live in. It’s a picture that’s catholic: it encompasses every particular thing, from the cosmos itself to the smallest imagined farandolae. And finally, it’s a picture that’s ordered.

In the true order of the world, everything belongs. Angels are angels, humans are human, you are you and I am me. True order puts everything in its place, and in its proper place every thing is free to be what it really is.

In L’Engle’s Wrinkle in Time, our world lies on a Happy Medium: a razor-thin via media between the tyrannical disorder of Camozotz and the libertine disorder of Earth. Both are the work of the Echthroi, and both threaten to reduce our world to nothingness. Both are extremes of the Happy Medium of our world, extremes that disorder our world.

Instead, Mrs. Whatsit compares the order of our world to a sonnet:

It is a very strict form of poetry, is it not? There are fourteen lines, I believe, all in iambic pentameter. That’s a very strict rhythm or meter, yes? And each line has to end with a rigid rhyme pattern. And if the poet does not do it exactly this way, it is not a sonnet, is it? But within this strict form the poet has complete freedom to say whatever he wants, doesn’t he?

Calvin responds, “You mean you’re comparing our lives to a sonnet? A strict form, but freedom within it?”

There is a strict order to our world, a form that everything fits into. But this is not the strict “order” of Camozotz that flattens everything into sameness, flattening the sonnet into a period. Nor is this the disorder of Earth that exalts diversity ad absurdum, exploding the sonnet into word salad.

The order of our world is strict, because only in a world rightly ordered does everything belong, does everything have its place. Because only in our proper place are we freed fully to be ourselves. Only in a strict order are we allowed simply to be, and be with all our heart. Only in that way will our world become the good sonnet our Lord is writing.

Harman Thomas is an Aspirant to the Priesthood and is currently working on his Masters in Divinity at Regent College. Harman lives amidst the Bitterroot Mountains in Missoula, Montana where he works as a barista and pastoral intern. Primary among his academic interests are liturgical theology, church history, and sacramental missiology. He is known to enjoy amicable conversation over a good porter, and when not otherwise engaged he's given to hiking, bouldering and fly fishing, as well as voraciously reading everything from Gerard Manley Hopkins to George R.R. Martin to St. Thomas Aquinas.