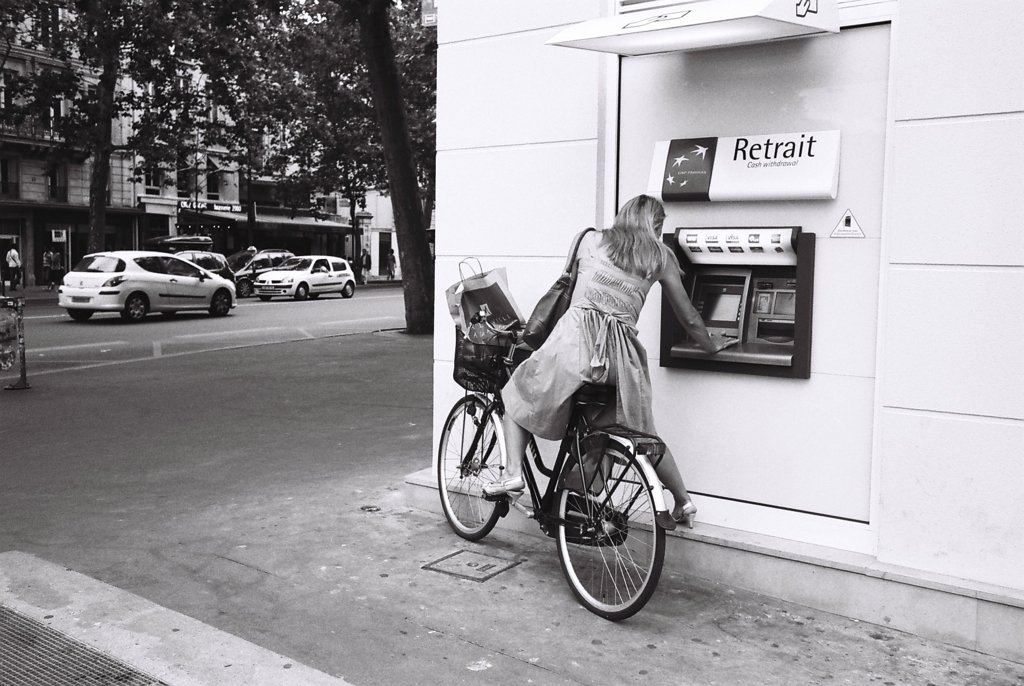 “No one can serve two masters. Either you will hate the one and love the other, or you will be devoted to the one and despise the other. You cannot serve both God and money.”

My grandmother was a deeply faithful Christian and the most generous person I’ve ever known. A few years before she died, she told me she tried to give away at least one thing to someone everyday.

Sometimes it was just a Pepperidge Farm cookie or a Happy Meal trinket. I can’t remember a time when I visited her and went home empty-handed; she would often shove a $20 bill in my hand as I hugged her goodbye. When I was in college she would drive her massive Cadillac up to my dorm and drop off “goodie bags” full of snacks, socks and Cracker Jacks. As a hobby she entered mail-in sweepstakes constantly and if she won anything she’d always give it away. I received a snowboard in the mail one time.

How my grandmother took joy in giving is a lesson I’ve tried to carry with me. Generosity is indeed a blessing, though it can be an elusive one. It’s hard to be generous when you’re barely making rent and hardly have the money to eat.

But isn’t this, as Paul writes in 2 Corinthians, what Christians are called to do?

When it comes to Christianity and money, passionate opinions abound. Some say wealth has no place in the Christian life, that a proper Christian approach to money is to have as little of it as possible, selling most possessions and living modest lifestyles.

Other Christians embrace wealth, living large as megachurch pastors with Range Rovers and $1.5 million mansions. Still others are satisfied to tithe a little (on average Christians give 2.5% of their income) but otherwise don’t think their finances have much to do with their faith.

What’s the right approach? I’m not sure there’s a simple answer to that question. Verses like Matthew 6:24 are clear, not that money is inherently evil, but that it should not be our master. It shouldn’t be something we serve.

This can be difficult because as we all know, it’s hard to survive in this world without thinking about money a lot.

Most of us work for pay at least five days a week so we can eat and sleep under a roof seven days a week. Still, I think it is possible to live as a Christian with a healthy relationship to money, without having to shun it completely or obsess about it constantly.

The key is having a healthy grasp of the concept of stewardship. It’s an over-used evangelical word, but an important one. It means we recognize that our money (indeed, our life) is never really ours. Everything we have is really God’s (see Psalm 24:2), and we are to manage it accordingly (see Matthew 25:14-30).

This mindset radically alters our approach to finances because it forces us to make decisions not on what brings us pleasure or glory, but what pleases and glorifies God. To the Christian with a billion dollars or a thousand dollars, the question is the same: are you wisely stewarding what God has given you?

My grandmother’s joyful generosity demonstrated not only Jesus’ famous maxim of, “It is more blessed to give than to receive.” It also illustrates how money can be a partner, and not just a pest, in our spiritual formation. As long as money is less a master over us than a servant we steward for the sake of others, it can also make the world a better place.

Originally published in the March/April 2014 issue of Converge Magazine.

is a a senior editor for The Gospel Coalition and author of Hipster Christianity. Gray Matters, and Uncomfortable. He writes regularly for TGC, Christianity Today and his website, BrettMcCracken.com. He lives with his wife in Southern California where he serves as an elder at Southlands Church.