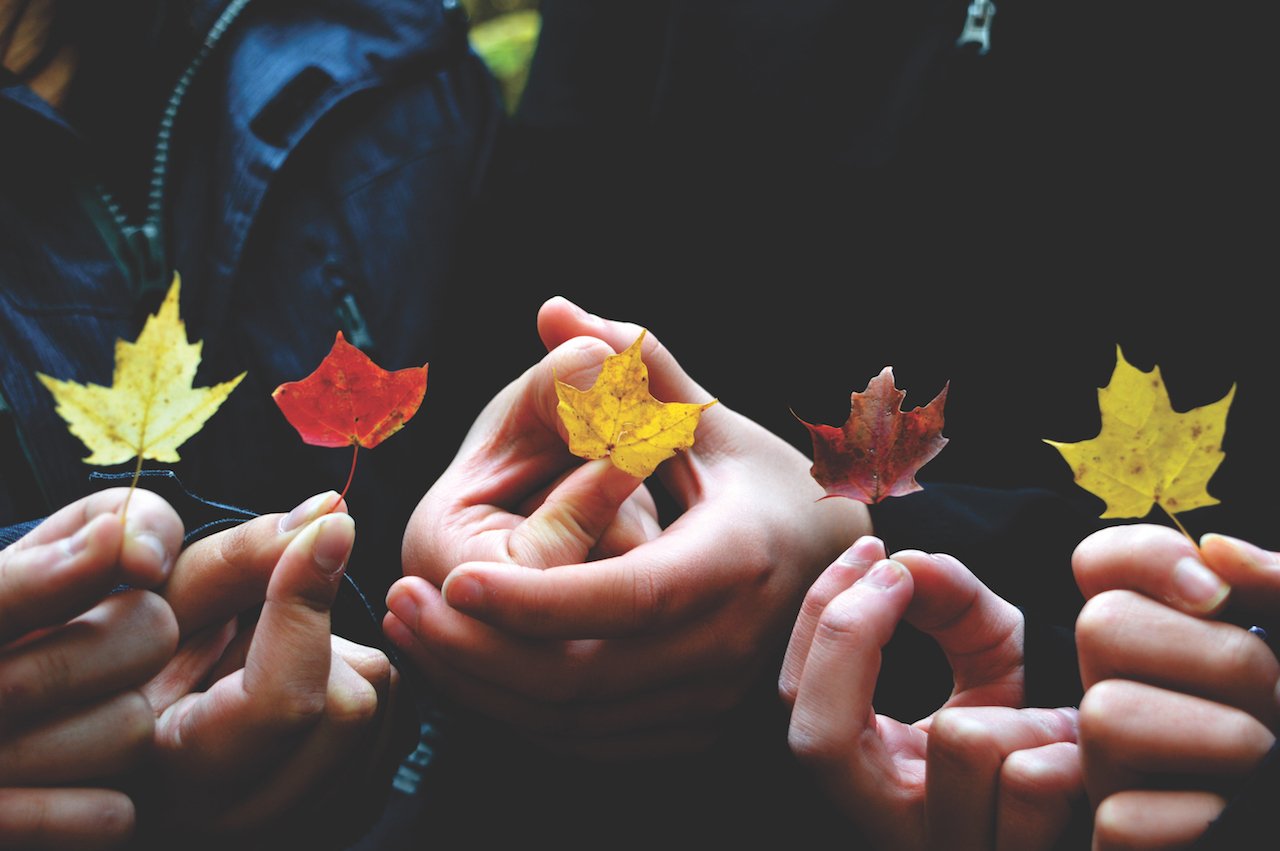 My college friends were weird. One of them drank more Mountain Dew than I thought humanly possible. He would literally wake up in the middle of the night, roll over, and take a swig of the bottle on his nightstand before he rolled back over and went to sleep. Another friend would stalk deer in the woods next to our school just for fun. No gun. No bow. Just him and the deer. Another one ran ultramarathons—thirty-two miles. Thirty-two! My best friend in college growled like a suspicious dog whenever he saw one of us, which became the go-to greeting for us all whenever we saw each other. People on campus thought we were nuts. (We probably were.) Another one had such a dry sense of humour that we had to constantly apologize to other people because “he was just telling a joke,” while another told such cheesy dad jokes that he thought were so funny we couldn’t help but laugh. Another friend ate grape-nuts pretty much at every meal. (For those of you who don’t know what grape-nuts are, fill a bowl with dirt, pour some milk into it and you’ve got the picture. For those who enjoy grape-nuts, why?) All of us all loved going into the woods to have campfires, we all loved to play soccer, and we all played the card game Dutch Blitz with more fervour than a high school gym-class-hero plays intramural college ultimate Frisbee (you’ll understand in your first few weeks of college).

My college friends were also like Jesus. The Mountain-Dew-drinking friend was an intensely good listener. He was so easy to talk to and such a good listener that people all around campus would talk to him just because they felt comfortable. The deer-stalker friend was one of the most compassionate guys I have ever met. He was hard on the outside, but like a warm-baked cookie on the inside. He even started an outreach that fed the homeless and gave them clothes. The ultramarathon runner was the peacemaker of the group—always trying to resolve problems and trying to help people reconcile with each other. The one who growled like a dog was the biggest prayer-warrior I had ever met in college. He was constantly stopping me in the hallway to pray with me and always was the first one to join and start prayer meetings. The one with a dry sense of humour was the contrarian. He would always play the devil’s advocate just so we could think of the other side of the story. The dad-humour friend was the most loyal person I have ever known—always calling me and asking if I needed anything and always there whenever I went through tough times. And the grape-nuts-eating friend was one who didn’t care what anyone else thought, but pursued Jesus with unrelenting passion. All my friends were weird, but they all taught me more about what it means to love Jesus and become more like him than I have ever known before.

Oftentimes people talk about growing spiritually like it’s something that they can do by themselves. Like if they were just living on an island or in the middle of the woods with no one else but them and their Bible, they would really grow spiritually. If we don’t say this outright, a lot of us believe it internally. We often go and have our quiet times because we think the rest of the world is a distraction in comparison to our own personal relationship with God. For a long time in my life I believed the same thing. I read the work of Thoreau—who abandoned society to go live in the woods by himself to truly learn what it meant to live—and I loved that idea. I thought the whole world was simply a distraction from being able to pursue a deeper relationship with God. But a few years into my college experience, I realized that the best way to pursue God isn’t alone, it’s with other people.

No verse proved this to me. God himself did. Now I’m not saying that God came down and told me that it’s better to pursue him with other people. That would have been incredible, and terrifying. But what I mean is that the very person of God—who God is—proved to me that human beings were made for relationships. God himself does not exist in isolation, but exists as a Trinity—within a relationship. Being made in the image of God, we too are meant to be relational beings. The very essence of God implies that we cannot do this spirituality thing on our own. We need other people.

This is hard for me. I would much rather be alone than with other people (being the introvert that I am). And opening myself up to another person—both pushing someone in their spirituality and being pushed in my own spirituality—is downright horrifying. Where I am comfortable is by myself. But God doesn’t call me to be comfortable, and when I realized this I started to understand what it was to grow spiritually.

If I just spend time by myself—like I did for a number of years—I am less likely to know what areas in my life I need to work on. But as I got to know my friends in college, I was much more aware of how impatient I was, and how unloving I was, and how unkind I was, etc. It was only through my relationship with these other people that I realized the depths of my sin and my need for a saviour. Iron doesn’t sharpen itself. It must be sharpened by another piece of iron. In the same way you cannot spiritually sharpen yourself, you must be with another person in order for any sharpening to occur. That almost sounds biblical—like it’s a proverb or something.

This whole process was painful for me. I clashed with my friends more times than I can count. I was a real jerk sometimes. They could probably tell you stories of times I snapped, or lost my cool, or freaked out for some minuscule thing, but it was in those times that I grasped the concept of putting my needs under the needs of another person—love. And it was in little things too. It was in the time when one of my friends needed help researching for a paper and all I wanted to do was go back to my apartment and take a nap; I learned to sacrifice my own needs for the need of another person by helping him out rather than coming up with a weak excuse because I wanted to do something else. It was in the time when one of my friends had a concussion, and I had to wake up every three hours in the middle of the night (as soon as I was comfortable and warm in bed) in order to wake him up to make sure he was still alive. It was in the time when my friends would pee on the seat, or leave a cabinet drawer open that I would hit my head on (I am very tall), that I learned that this life is about more than just me. This world has more than one human being living in it, and it was in learning to live with these guys, learning to put my own needs, my own preferences, my own wants, below the needs of others that I truly learned what it is like to grow spiritually.

There is no quicker way to decay in your spirituality than trying to do it alone, by staying in the shadows and hiding from the world. Although opening yourself up to be known by other people can be intimidating because you might have quirks that you don’t want other people to know about or you might have things in your life that you are ashamed of, it is the only way to really grow spiritually. All my college friends were weird, we were all insecure when we first met each other and had lots of issues, but it was in pushing each other in our love for one another and our love for Jesus that true spiritual maturity happened. In college, you will have thousands of opportunities to grow spiritually and they’ll all be walking on the same campus as you. For me it was the guy who drank mountain dew and the guy that stalked the deer in the woods that really taught me what it is like to be a follower of Jesus.

For every college student, growing spiritually requires you to both get to know others and to let yourself be known by others. God created people so that we could be in relationship with them. The greatest way we can become more like Jesus, more like God, is to fulfill our original purpose for being created: to live in deep relationship with God and one another. You will find out strange quirks that your friends have, your friends may even find out the strange quirks in you, but in the midst of getting to know people lays the goal of Christian living: becoming more like Jesus.

Jonathan Minnema is a grad student and editorial intern for Converge Magazine. You can follow him on twitter @jonminnema.