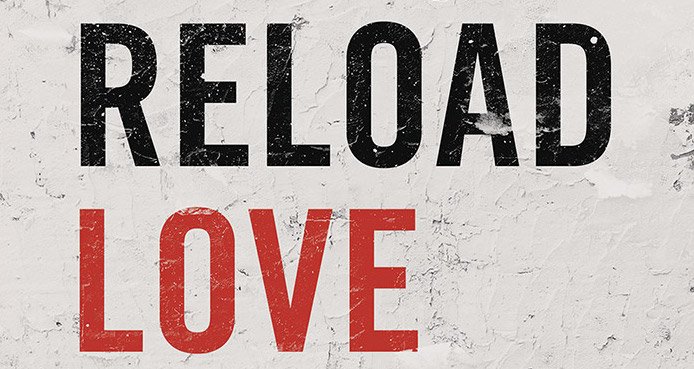 Children will always play with what they’re given, won’t they? They will create their own toys if they don’t have any. Cardboard boxes, sticks, rocks: A child’s imagination can take anything and use it. In the Khanke Camp, the black cowboy hats of Skip’s childhood were replaced with black ISIS flags. Killing was the game the children knew, and it was the game they played.

They were pretending to be ISIS, the very group that had displaced them.

Because they had nothing else.

We see images these days on our screens or in our newspapers, and when the images are too painful or horrific or sad, most of us turn away or change the channel. Few of us look at these images for more than two or three seconds. It’s too awkward, too uncomfortable, too jarring. They hurt too much, and we are left with a feeling of helplessness, something we don’t know what to do with. So we look away.

We’ve become used to averting our gaze. In essence, we’ve become blind. I think of one particular blind man’s interaction with Jesus.

So Jesus answered and said to him, “What do you want Me to do for you?” The blind man said to Him, “Rabboni, that I may receive my sight.” Then Jesus said to him, “Go your way; your faith has made you well.” And immediately he received his sight and followed Jesus on the road (Mark 10: 51-52, emphasis added).

What can we do to be healed of this self-inflicted blindness?

Even if we see the images on television and don’t look away, it’s not on the screen for more than a flash. We’re fed bite-size portions, only enough to keep us on the hook through the next commercial break. They tell us a body washed up on a beach or children were found in the rubble, but we don’t actually see death—we are shown the outside of the ambulance or the waves on the sand or the workers combing the shore for clues. We look, we glance, but we don’t see.

The horror is edited away.

Because no matter how the content is edited in the newsroom, no matter how quickly we avert our gaze, the horror remains. The little boy is dead and washed up on the shore—the reality of this does not change just because we look away. The child was in a building hit by a bomb and his mother is dead—changing our focus to something else doesn’t keep it from being so. The little girl hid for days from ISIS, all alone—averting our gaze doesn’t erase that experience from her memory.

We can look away and pretend that makes it all go away, but the horror is still very real.

We so rarely sit and look at an image long enough for it to evoke an emotion in us. We want to avoid the pain, but what we need is to sit and look at these images, give them the time they require to bring our emotions to the surface. This is a kind of pain we should allow ourselves to feel.

What do you want me to do for you?

Rabboni, that I may receive my sight.

I used to look away. I used to see the pain and avert my gaze. But not anymore. Now when I see a difficult image of a child impacted by terror, I take it in. I allow myself to feel the emotions. I often cry, or sit in breathless sadness, or grit my teeth in anger. When I allow myself to do that, it does a work in me that is hard to explain.

I think of the firemen who ran toward the Twin Towers on 9/11. I think of my friends in Iraq who, day after day, work with children impacted by terror. I think of the good Samaritan and how, even after the religious people averted their gaze and crossed to the other side of the road, he did not. I think about my friend Dave Eubank, his family, and his Free Burma Ranger teams running toward the bullets. They see the same photos we see, but instead of looking the other way, they say, “Somebody needs to do something about that.”

And they do something about it.

I have become one of these people. I can no longer sit on the sidelines looking only at the things that make me feel good. I have taken these images in, digested them, and now I have to do something.