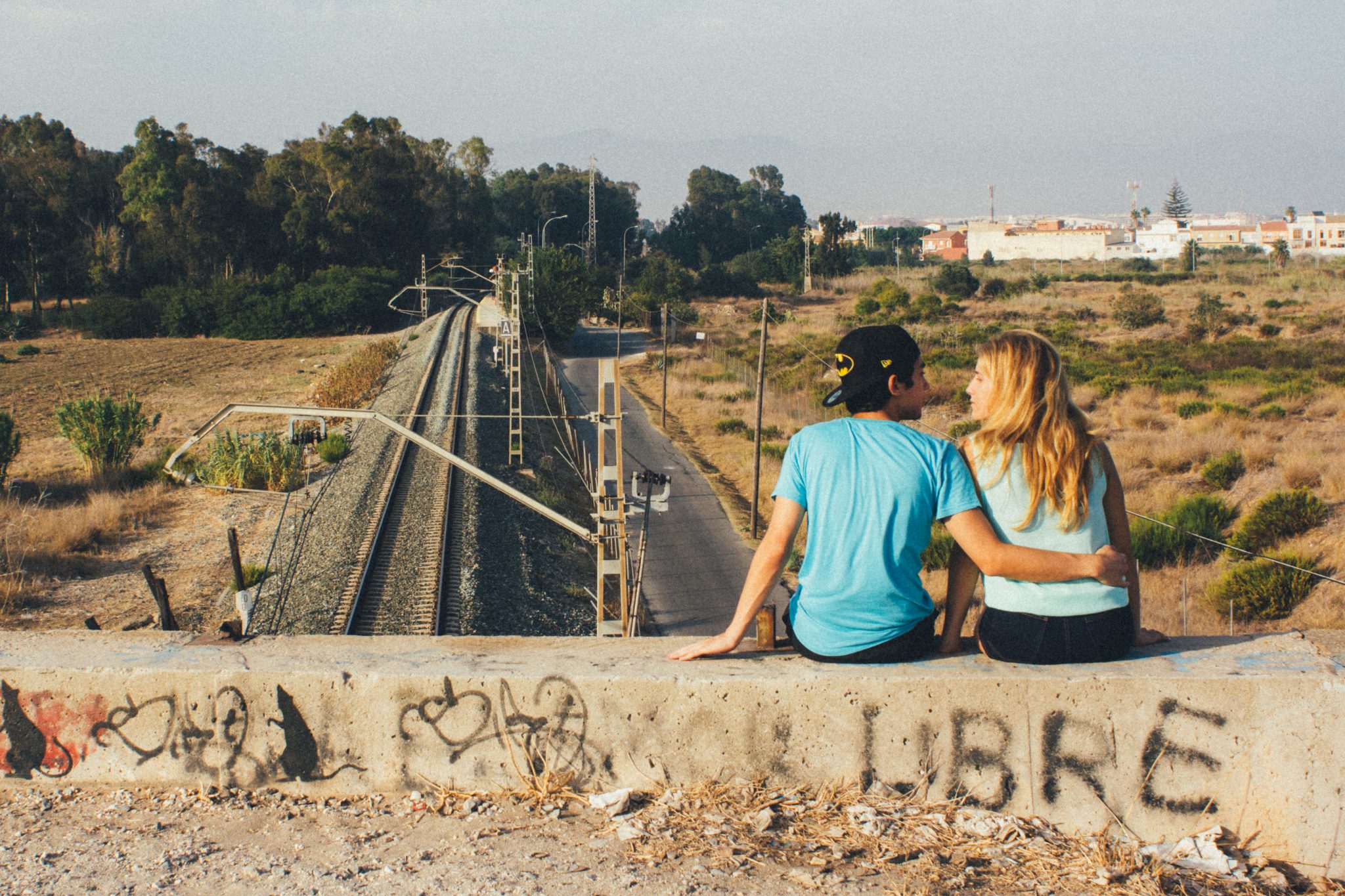 We broke up via text message.

No matter how many times I tell the story, people still look at me incredulously, as if they couldn’t believe breaking up via text messages actually happened in real life. Others react with anger, feeling the same rage I first felt when I read his text.

I always say I’m over it, that I’ve recovered. People always shake their heads when I tell them The Ex and I still talk, that we’re just friends, that he’s got a new girlfriend, and I’m OK with it. Well, sometimes.

But it wasn’t without a lot of work that happened both before and after our relationship took place.

About four months before I met him, I began studying Song of Songs.

As I explored line after line, describing exactly the way a marriage should be, I felt hope:

My beloved is mine and I am his; he browses among the lilies.
Until the day breaks and the shadows flee. (Song of Songs 1:16)

It was a promise of what God had designed, something intended to be lasting, encouraging, all-encompassing.

I started exploring Song of Songs because I was lonely. It had been a while since I’d dated, and as I neared the end of university, I felt this push to jump into the next phase of life. Being surrounded by friends getting married, engaged, or who were in long-term relationships didn’t help curb that pressure either.

As I became familiar with Song of Songs, I felt like I had a better handle on what I should be looking for and what my role was in a relationship. I undoubtedly had a more grounded and biblically based approach to what God intended as a marriage.

It also repaired a lot of the broken thoughts and skewed perspectives I had due to previous relationships. While I can’t say I don’t still hurt occasionally, a lot of what I learned helps me grapple with those feelings of abandonment that still resurface.

But as I was learning these things, I met The Ex.

He hadn’t been to a church in a while, but we met through my community group. It seemed obvious to everyone that we were somehow on another playing field, constantly one-upping the other with quips, jokes, and teasing. We made plans to hang out, really just any excuse to spend time together. It was like we were in our own little world and it finally clicked: This must be what love is like.

While I thought my study had brought me to a new place of understanding and self-love, it didn’t quite compare to when I was with The Ex. I felt validated when I was with him. Finally, there was someone who proved that I could be loved.

There are still days where I wonder if those feelings were misguided. How could I have a wonderful, loving, almighty Father in Heaven who had designed and created me, and yet I only understood my own value when I heard it from another earthly, flawed individual? Someone who later broke up with me and left me hurting, no less?

The end crept up quietly. It was a process I saw early on and yet, didn’t want to acknowledge; we had chemistry but weren’t in the same stage of life. We weren’t building the same relationship. I fought to hold on, but in doing so, pushed him even further away. I still wonder if I had been a little more aloof, a little less demanding, maybe things would have worked out.

But what I realize now is that things did work out. God was trying to get my attention in a big way. He had promised and created marriage to be an adventure, embodied by two people becoming one, and so much more fulfilling than any relationship I could ever fashion on my own. As I was learning biblically how to handle an emotional and intimate connection, God was trying to tell me I would only understand what my role in a biblical marriage could be if I believed I was worthy of filling that role. Having been single for so long, I’d lost sight of my own allure. Strangely enough, the only way I began to rediscover my value was through the eyes of my then boyfriend. It was like God was saying, “If this is how good things are now, imagine how good they could be.”

There are still days where I remember little details about his apartment or his jokes, and I’m suddenly left with a sinking feeling in my chest. But instead of wondering why I wasn’t good enough, I realize that I’m now in a better place. Not only am I good enough, I am worth infinitely more than what I had allowed myself to receive.

is a writer and photographer based in Vancouver, B.C. She loves pop culture, nice glasses and could watch music videos all day.