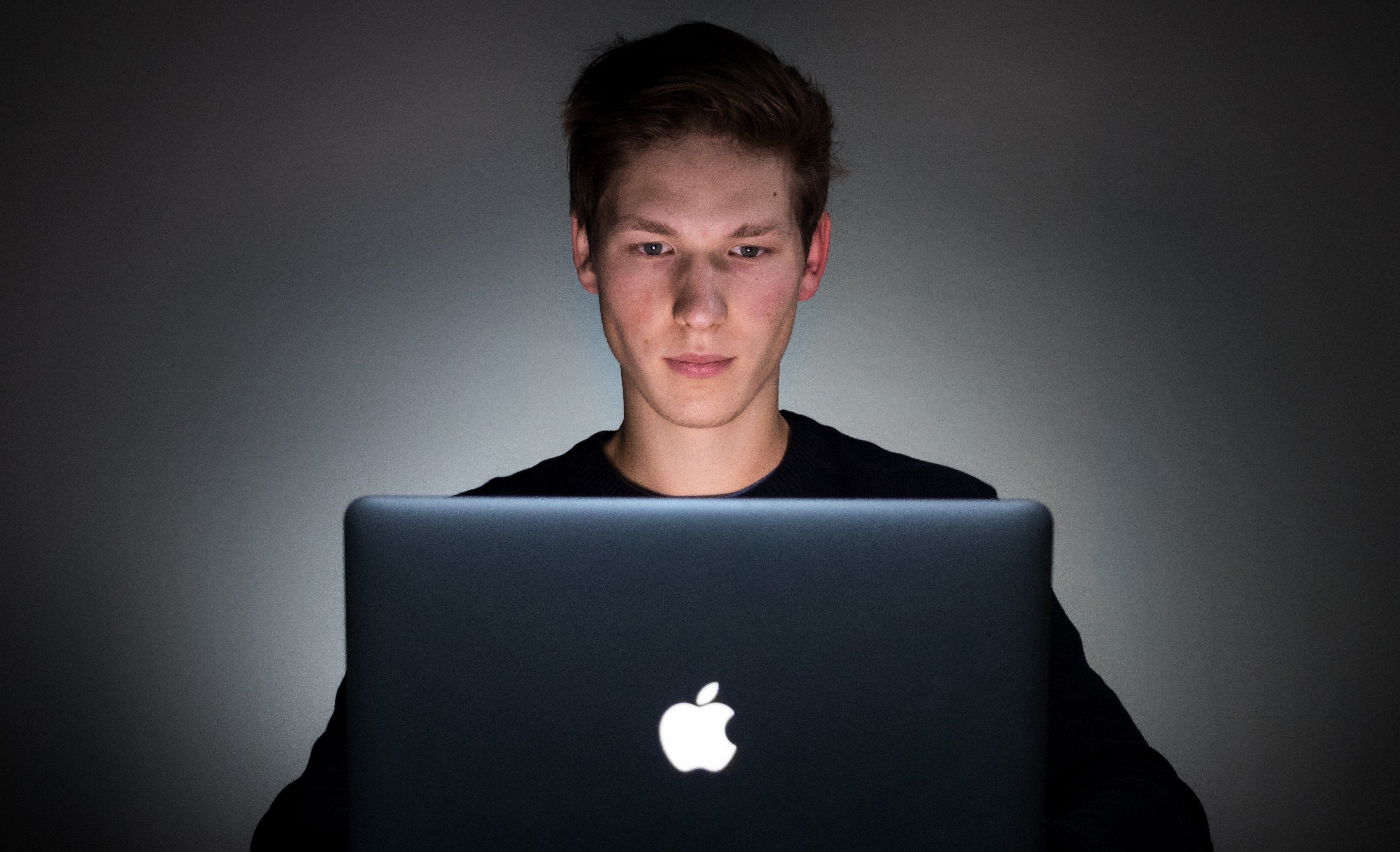 We’ve all heard the admonition: “That girl is someone’s daughter.” And they are right. That girl is someone’s daughter. This is all well and good in the safety of what I’ll call “the day”—that time when we’re processing the world with our heads on straight. Others are around us, our hearts are pure, we’re thinking good thoughts, and we want to honor the Lord. During the day, the “someone’s daughter” argument makes sense. Where this breaks down is during “the night”—that time when logic is forgotten, scriptures are pushed aside, and good advice is ignored. Our night vision sucks.

I could go on with the things that have not worked. You and I already know them by experience. We don’t need a teacher to remind us why we’ve failed. We need a guide to get us out (that is, if we really want to be out).

A couple years ago, I got a call from one of my best friends. I was on a walk with my wife, so I let it go to voicemail. When we got home, I listened to the message that would serve as a massive wake up call for my enduring problem with pornography (I’ve changed the following names to protect privacy).

“Carson, hey man. I’m calling to let you know that Rob and Carissa are separated. They’ve been separated for four months now and they haven’t told many people. I only know because I haven’t been able to get ahold of him for a long time, so I called Carissa and that’s when she told me the news. Anyways, just wanted to tell you so that you would know as well. Call me when you can so we can talk more. Love you man…”

People get separated all the time. But this was the first one that hit close to home. These were close friends. Rob and I were in each other’s weddings just a couple years prior. He and Carissa loved the Lord. Rob and I were in seminary at the same time. We had dinners at each other’s houses, and they always seemed to be doing fine in their marriage, even when we opened up the conversation to confide in one another. How could this happen to them?

The progressively worse use of pornography was just one factor that led to their separation. Rob was hiding so much. When we talked after the fact, he said he couldn’t bear to tell her the truth about what he was doing. So he never did. Rob’s story made me come to terms with the real stakes: walking the painful (but joy-laced) road to recovery, or being separated permanently from the one you love the most.

“Do you want to be healed?”

There was once a man who had been an invalid for thirty-eight years. Jesus asked him, “Do you want to be healed?” (John 5:6)

This is where Jesus starts. He asks us, “Do you actually want this healing I’m offering?” It’s simple. If we don’t want to be well, we will stay unwell.

When I was still losing the battle every couple of months, I was so discouraged. Will this continue till I’m 40 years old with kids? I sure hope not. Am I ever going to be fully well? 100% pure? Is this even possible?

It was pitiful, silly, boyish. All of those things.

It’s boyish to take advantage of women. It’s a mark of immaturity to treat women as objects to be used for your own pleasure. It’s childish to keep doing the same thing over and over, asking for forgiveness but never intending to change your ways.

Even so, I remained in my ways for far too long. In part, this is because I lacked the faith that God would bring me to complete wholeness. I mean complete. Not messing up a few times a year. Complete! Jesus says to various people in the gospels, “Your faith has made you well.” Both faith and desire are a real and necessary part of the journey toward healing.

I had two internal reactions to this. The first was, “I’m not an addict.” And since I wasn’t an addict, I didn’t need such an intense group. “After all, what I do is not that bad in comparison with other guys.”

I was so wrong.

After months, I finally went and was blown away. All these guys loved Jesus. We prayed standing up. Telling Jesus what we loved about him. Telling the Father what we’re thankful for. Asking the Spirit for our needs. Praying for our brothers. Then we each poured out sacred scripture from memory, which bolstered the rest of the group. Next, we didn’t give excuses for our actions. We simply spoke the reality of the week and heard one of two things. If it was a clean week: “Praise God.” If it was not a clean week: “Thank you for your honesty.” And the group leader would ask, “What do you need to change?”

At the end, we would all stand up and hear those familiar words: “Now brothers you know what’s going to happen. Temptation doesn’t go away, but when a thought crosses the forefront of your mind or something catches your eye, right away you say…

And we would all repeat, “NO!”

The leader then said: “I renounce that thought!” (And we would repeat after him)

“that I belong to the Lord Jesus Christ.”

“I choose to worship you.”

It was a simple formula I could remember in heated times:

Renounce the devil. Announce who I belong to. And worship Jesus.

To end, we would sing the doxology. Most of the time, someone would be off key. Every time, there was sincerity. Every guy in there meant it.

“What are the open gateways?”

And yes…you have to enter a community in order to admit you have a problem, to break the cycle of anonymity, and to arm yourself with weapons to fight back in times of temptation. The Renounce, Announce, Worship response above was incredibly powerful for me because it was something that I could conjure quickly and effectively. Sometimes, you need to say it out loud and look like a crazy person on the sidewalk in order to stay away from sin. But each success brings greater chance of having another one.

Accepting Jesus’ love and being encouraged by the brotherhood are two essential factors for getting free. But there’s a third ingredient that, mixed together with the first two, makes a powerful combination.

For me, this meant getting off all social media. Deleting each site one by one. Instagram was first because it was the most dangerous for me. Then Twitter. Then Facebook. I was worried about “losing my platform” and the audience I had built over a decade. And there was a whole host of other things making me hold onto my accounts. But my marriage, my character, my purity, my God—they’re worth infinitely more than my popularity. If we don’t believe that, then we’re stupid. If we’re not willing to make sacrifices, we won’t get the freedom we desire.

The second thing I did was spend $150 per year to install Covenant Eyes on my browser. Yes, that hurt. The software sends weekly reports of my internet activity to my accountability partners. It also restricts my internet hours so that the internet literally shuts off and I cannot access it after an allotted time everyday. There’s a filter which blocks explicit content. And I didn’t have the password to change any of this.

The third thing I did was disable YouTube (via Covenant Eyes). YouTube has become a junkyard of pornographic material that you can look up in seconds. Honestly, if you’ve got a porn problem and YouTube is still wide open, you’re a fool. There’s a really simple way to solve it. It’s called shutting the gate. Cutting it off. Is it inconvenient for me to not have access to YouTube throughout my week? Of course. Do I care? Not at all. Most of the videos you watch are a waste of time anyway. And for the ones that do matter, you can always ask a friend to pull up the video for you.

Close the gate, brother. Close the gate. Put a lock on it. Give the key to someone else. How much do you care? How much is your life worth? Invest your money into your freedom. Do you have faith to be well? Do you want to be healed? Do you?